On 28 June 1965 the engagement was announced of Claus von Amsberg and Princess Beatrix, after a report drawn up by Professor Louis de Jong at the government's request had concluded that there were no concerns about his conduct during the Second World War. In autumn of the same year a bill consenting to the marriage was passed by the Lower and Upper Houses of Parliament. On 10 December 1965 Claus von Amsberg became a Dutch citizen. 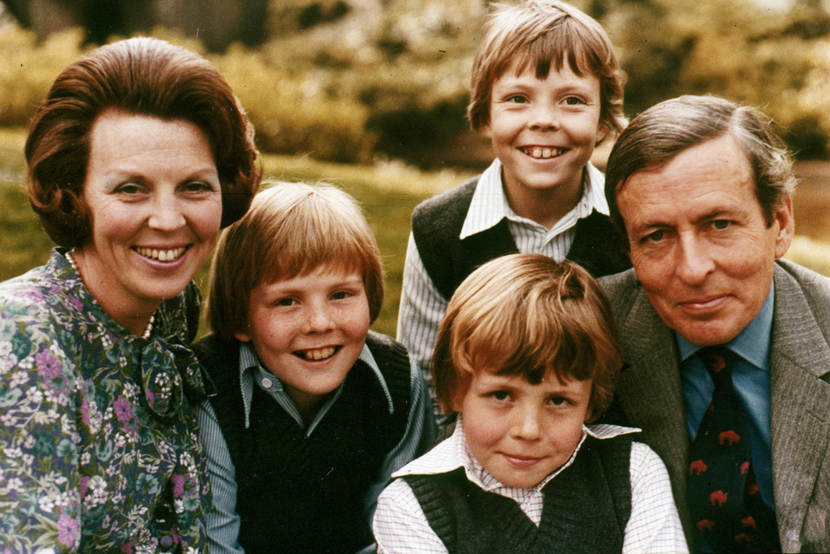 The civil marriage ceremony was conducted by the Mayor of Amsterdam, Gijsbert van Hall, in Amsterdam City Hall on 10 March 1966. The marriage was blessed during a service in the Westerkerk, which was conducted by Rev. H.J. Kater, with a sermon by Rev. J.H. Sillevis Smitt. On this occasion, Claus von Amsberg received the title of Prince of the Netherlands and the designation Jonkheer van Amsberg.

The royal couple took up residence in Drakensteyn Castle in Lage Vuursche. Three sons were born to Prince Claus and Princess Beatrix: Willem-Alexander in 1967, Friso in 1968 and Constantijn in 1969.