Beatrix Wilhelmina Armgard was born at Soestdijk Palace in Baarn on 31 January 1938.

When war broke out in May 1940, the family fled to the United Kingdom. Throughout the war, her father Prince Bernhard stayed in London with her grandmother, Queen Wilhelmina. In June 1940, Princess Juliana and her two daughters went to Ottawa in Canada, where they would be safer. 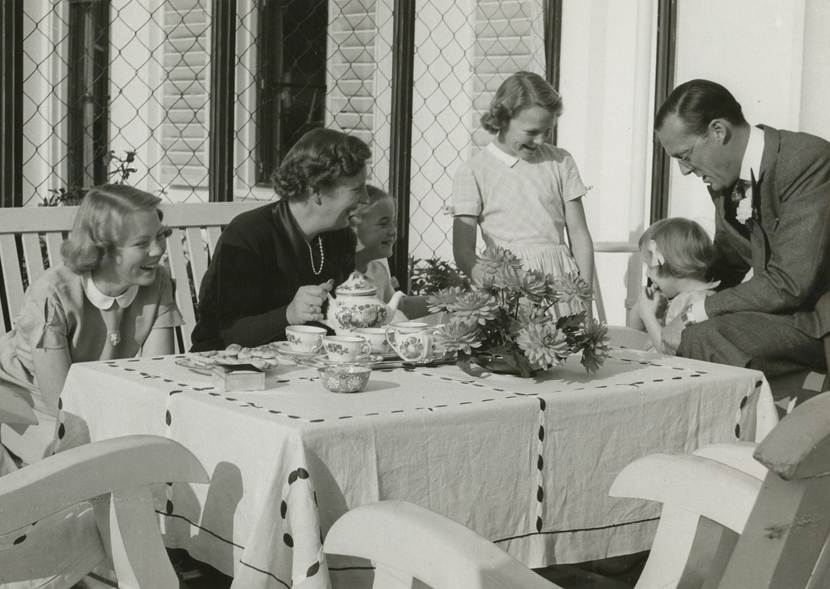 Queen Juliana and Prince Bernhard with their daughters at Soestdijk Palace, 1951.