State visit by the King and Queen of the Belgians - program 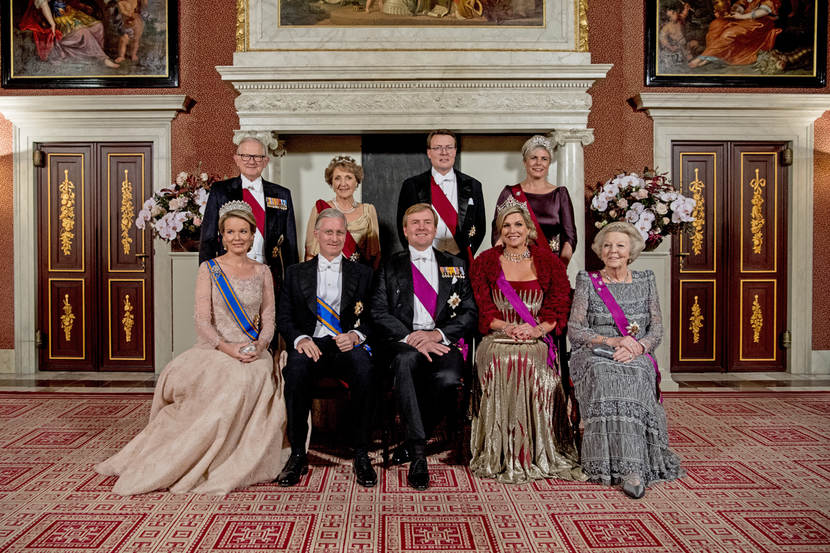 This state visit affirms the close and wide-ranging relationship between Belgium and the Netherlands, and underlines their historical ties and shared values. In political, economic and cultural terms, the Netherlands is closely connected to Belgium and the Belgian regions and communities. After Germany, Belgium is the Netherlands’ second most important trading partner. The two countries work together extensively in the cultural and academic spheres; they are also partners in the field of security, at both bilateral and international levels. The programme for the state visit reflects the diversity of this relationship.

King Philippe and Queen Mathilde will be officially welcomed by King Willem-Alexander and Queen Máxima at Dam Square in Amsterdam. After the ceremonial inspection of the guard of honour, a reception will be held at the Royal Palace Amsterdam for Dutch and Belgian dignitaries. King Philippe will then lay a wreath at the National Monument on Dam Square.

In the afternoon King Philippe, Queen Mathilde, King Willem-Alexander and Queen Máxima will visit the Flemish cultural centre in Amsterdam, De Brakke Grond, for a cultural programme by the three Belgian communities. The two kings will then attend the concluding session of the Belgian-Dutch Innovative Entrepreneurs & Finance Conference at Euronext Amsterdam. At the same time, the two queens will attend a symposium on urban development and bilateral cooperation. The first day will close with a state banquet at the Royal Palace in Amsterdam.

The second day will begin with a visit by King Philippe to the European Space Agency/European Space Research and Technology Centre (ESA/ESTEC) in Noordwijk. King Philippe will then meet with the President of the Senate, Mrs. Broekers-Knol, and the President of the House of Representatives, Mrs. Arib, as well as the heads of the permanent committees on European affairs of both houses of parliament. After the meeting Prime Minister Rutte will receive King Philippe at his office. King Willem-Alexander, Queen Máxima and Queen Mathilde will then join the prime minister and King Philippe for a government lunch at the Hall of Knights. The issues that will be discussed at the various tables are sustainability, logistics, construction and smart cities, fintech & investments, food & innovation, startups, life science & health.

In the afternoon King Philippe and King Willem-Alexander will attend the conclusion of a CEO roundtable under the leadership of the Confederation of Netherlands Industry and Employers (VNO-NCW) and the Federation of Enterprises in Belgium. King Philippe will also visit the Netherlands-Flanders Accreditation Organisation (NVAO). Queen Mathilde and Queen Máxima will visit the Pierre Alechinsky retrospective at the Cobra Museum in Amstelveen.

In the evening the King and Queen of the Belgians will host a concert at the Muziekgebouw aan ’t IJ, which will include performances by the National Orchestra of Belgium and Ozark Henry.

Queen Mathilde and Queen Máxima will travel to Utrecht by royal train to tour the city’s new central railway station and the surrounding area. Queen Mathilde will then travel on to High Tech Campus Eindhoven and Sligro Food Group in Veghel, for the opening of ZiN, an ‘inspiration lab’ for the food service industry.

The state visit will end at Heeze Castle, where Minister Schultz van Haegen will take official leave of the King and Queen of the Belgians on behalf of the Dutch government.